In 1947, the California Legislature enacted the California Air Pollution Control Act which created the state’s air pollution control districts with boundaries contemporaneous with county boundaries.  One Air Pollution Control District (APCD) was created in each county of the state.  These district boundaries have been amended over the years.  In 1955 the Bay Area Air Quality Management District was formed.  This district was comprised of five full counties and two half counties.  Sonoma County was designated as an “inactive” member.

As provided by statute at that time, the county Board of Supervisors acted ex officio as the Air District Board of Directors.  From 1971-1974 the District appointed the Health Officer to serve ex officio as the Air Pollution Control Officer and the Department of Health Services and the Agricultural Commissioner were charged with regulating agricultural burning and air pollution control.  In 1974, an independent Air Pollution Control Officer was appointed, and the District was formally recognized by the County Board of Supervisors, with its own budget account, staff, and the Air Pollution Control Officer was recognized as a county department head.  In 1993, the APCO retired and the District was consolidated with the County Department of Transportation and Public Works to receive administrative and management support under contract.  In 1994, a new APCO was appointed, and simultaneously, state statute was updated to require air district boards to invite city council members to participate on the air district board of directors when the incorporated population of a county is 36% or greater of the total population.  However, it was arguably not clear how this statute would apply to a half county District like Northern Sonoma County, and if the rule should be read literally to use full county population when assessing the incorporated area, or just the part of the county within the District.  Regardless, by 2013, it was discovered that the District would trigger the threshold by either calculation method.

In 2015, the District began the process of preparing to invite city council members and to update various support agreements with specific county departments necessary to support a multi-agency Board of Directors.   On January 30, 2017, the air district board was formally amended to add three city council members from Healdsburg, Cloverdale and Windsor, and the two County Supervisors with Districts within the Air District (Districts 4 & 5).  At this juncture, the support and consolidation with the County Department of Transportation and Public Works was formally discontinued.

Prior to amending its Board, the Air District met with the County Board of Supervisors at their chambers in Santa Rosa.  Now, the District conducts its own Board meetings with its own clerk, and meets at three rotating locations within its jurisdiction (Healdsburg-Guerneville-Cloverdale).  To be notified of District meetings, request to join our e-mail list or check our Board Meeting Page for upcoming meeting locations.

Send Us a Message

​Mission Statement & More About Us

"It is the mission of the NSCAPCD to promote and protect the health, welfare, quality of life, and the ecological resources for the residents and visitors of Northern Sonoma County through the effective reduction of air pollutants."

This mission is accomplished through innovative, fair and consistent implementation of local, state and federal air quality regulations.  All people shall enjoy the same degree of protection from air pollutants and equal access to the decision-making process to maintain a healthy, beautiful and sustainable environment in which to live, learn, work, and play. 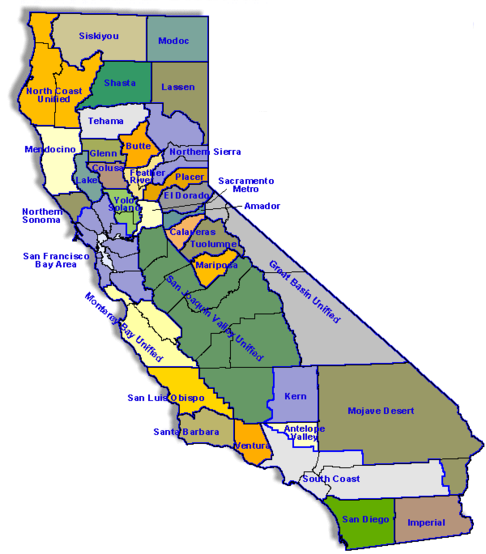 Today, there are 35 air Districts in the state of California.  Air Districts are a type of local government, often described as a “state special district” vested with state and federal authority to implement local, state, and federal air quality regulations.  State regulation defines the Districts as a “body corporate, politic, and a public agency of the State.”

Every air District has a Board of Directors, a Hearing Board, and an Air Pollution Control Officer (APCO); each vested with unique powers under statute.  The Board of Directors provides governance and policy and appoints the APCO and Hearing Board; the Hearing Board provides due process, and provides variances and abatement orders; and the Air Pollution Control Officer is the Executive Officer responsible for the enforcement of regulations and the appointment of District staff.  District staff are ex officio county employees assigned to the District, and are of science, engineering, and administrative job classes.